I’m very happy and thankful to announce that my second album ‘Horizon’ received some great reviews from Dutch magazines OOR, Maxazine, NieuwePlaat.nl, and Plato Mania and was selected as Grazia’s album tip! Check out some quotes below:

“Jeangu Macrooy is one of the best singers in the Netherlands. Not only because of the volume and beauty of his voice, but also because he lets the emotions in his songs guide him. In the final chorus of my personal favorite Colors, he even lets go of all vocal technical control over his voice. Goose bumps!” – Randy Timmers, OOR

“Let Jeangu simply continue on the road that he follows and it must be strange if the world isn’t his oyster in a few years. Jeangu Macrooy shines like a new star on the horizon.” – Norman van den Willenberg, Maxazine

“What we already knew, is now certain: Jeangu Macrooy is the best soul singer in The Netherlands. But, Macrooy clearly wants to be much more than just a pure soul singer and in that mission he also succeeds brilliantly. (…) The Netherlands is already his oyster, but the future holds a lot more success. ” – Ivo Terpstra, NieuwePlaat.nl 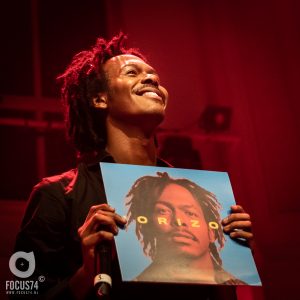